Get a Quote
You are here: Home » Organic Chemicals » Sulfamic Acid
Share to:

Sulfamic acid, the monoamide of sulfuric acid, is a strong inorganic acid. It is generally used in chemical cleaning processes like removal of nitrites, carbonate- and phosphate-containing deposits. It is used as a raw material for the preparation of a synthetic sweetener i.e, sodium cyclohexylsulfamate.

Sulfamic acid is a weak organic acid typically used to clean limescale from ceramic tiles. Although it is nontoxic the dust can irritate the eyes and nose but will not cause tissue damage. These properties make it ideal for removing calcite deposits from copper specimens without damaging the copper. Vinegar is commonly used for this purpose but sulfamic acid is much faster. Hydrochloric acid can also be used and dissolves calcite much faster than sulfamic but it is more hazardous to use and if the copper contains arsenic it will produce a black tarnish on the copper that is very difficult to remove. 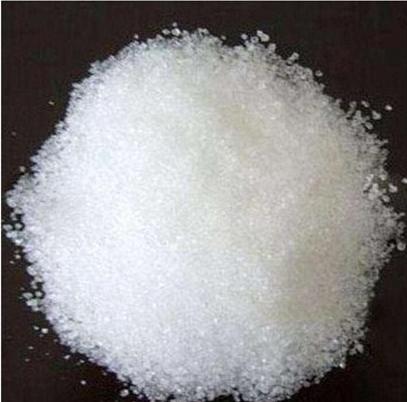 Sulfamic acid is used as an acidic cleaning agent and descaling agent sometimes pure or as a component of proprietary mixtures, typically for metals and ceramics. For cleaning purposes, there are different grades based on application such as GP Grade, SR Grade and TM Grade. It is frequently used for removing rust and limescale, replacing the more volatile and irritating hydrochloric acid, which is cheaper. It is often a component of household descalant, for example, Lime-A-Way Thick Gel contains up to 8% sulfamic acid and has pH 2.0–2.2, or detergents used for removal of limescale. When compared to most of the common strong mineral acids, sulfamic acid has desirable water descaling properties, low volatility, and low toxicity. It forms water-soluble salts of calcium and ferric iron.

It also finds applications in the industrial cleaning of dairy and brewhouse equipment. Although it is considered less corrosive than hydrochloric acid, corrosion inhibitors are often added to the commercial cleansers of which it is a component. It can be used as a descalant for descaling home coffee and espresso machines and in denture cleaners. 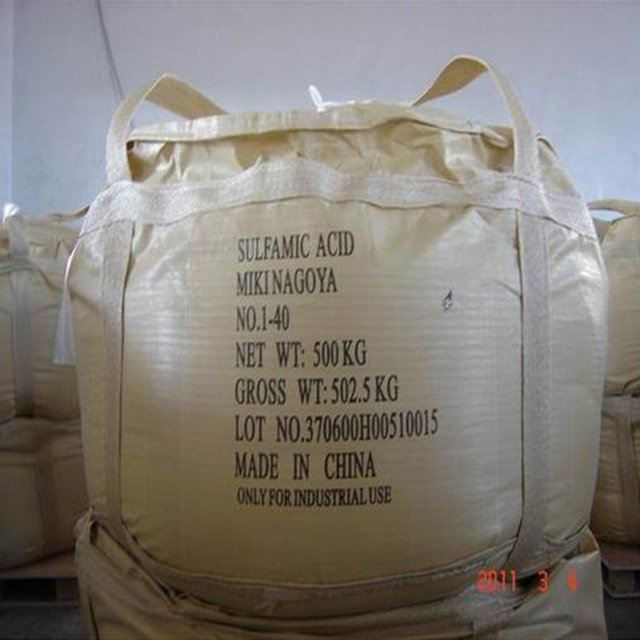 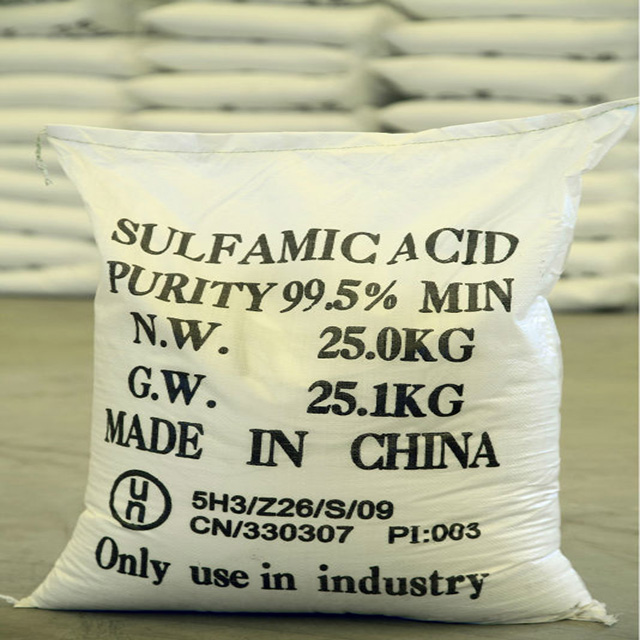