Get a Quote
You are here: Home » Inorganic Chemicals » Aluminum potassium disulfate dodecahydrate
Share to:

An alum block sold as an astringent in pharmacies in India (where it is widely known as Fitkiri (Bengali), Fitkari (Hindi) or Phitkari (Urdu)

Potassium alum is used in medicine mainly as an astringent (or styptic) and antiseptic.

Styptic pencils are rods composed of potassium alum or aluminum sulfate, used topically to reduce bleeding in minor cuts (especially from shaving) and abrasions, nosebleeds, and hemorrhoids, and to relieve pain from stings and bites. Potassium alum blocks are rubbed over the wet skin after shaving.

Potassium alum is also used topically to remove pimples and acne, and to cauterize aphthous ulcers in the mouth and canker sores, as it has a significant drying effect to the area and reduces the irritation felt at the site. It has been used to stop bleeding in cases of hemorrhagic cystitis and is used in some countries as a cure for hyperhidrosis.

It is used in dentistry because of its astringent and hemostatic properties.

Potassium and ammonium alum are the active ingredients in some antiperspirants and deodorants, acting by inhibiting the growth of the bacteria responsible for body odor. Alum's antiperspirant and antibacterial properties contribute to its traditional use as an underarm deodorant. It has been used for this purpose in Europe, Mexico, Thailand (where it is called sarn-som), throughout Asia and in the Philippines (where it is called tawas). Today, potassium or ammonium alum is sold commercially for this purpose as a "deodorant crystal". Beginning in 2005 the US Food and Drug Administration no longer recognized it as a wetness reducer, but it is still available and used in several other countries, primarily in Asia.

Potassium alum was the major adjuvant used to increase the efficacy of vaccines, and has been used since the 1920s. But it has been almost completely replaced by aluminium hydroxide and aluminium phosphate in commercial vaccines.

Alum may be used in depilatory waxes used for the removal of body hair or applied to freshly waxed skin as a soothing agent.

In the 1950s, men sporting crewcut or flattop hairstyles sometimes applied alum to their hair, as an alternative to pomade, to keep the hair standing up.

Potassium alum may be an acidic ingredient of baking powder to provide a second leavening phase at high temperatures (although sodium alum is more commonly used for that purpose). For example, potassium alum is frequently used in leavening of Youtiao, a traditional Chinese fried bread, throughout China.

Alum was used by bakers in England during the 1800s to make bread whiter. This was theorized by some, including John Snow, to cause rickets. The Sale of Food and Drugs Act 1875 prevented this and other adulterations.

Potassium alum, under the name "alum powder", is found in the spice section of many grocery stores in the US. Its chief culinary use is in pickling recipes, to preserve and add crispness to fruit and vegetables.

Potassium alum is used in leather tanning, in order to remove moisture from the hide and prevent rotting. Unlike tannic acid, alum doesn't bind to the hide and can be washed out of it.

Alum has been used since antiquity as mordant to form a permanent bond between dye and natural textile fibers like wool. It is also used for this purpose in paper marbling.

Potassium alum has been used since remote antiquity for purification of turbid liquids.It is still widely used in the purification of water for drinking and industrial processes water, treatment of effluents and post-storm treatment of lakes to precipitate contaminants.

Between 30 and 40 ppm of alum for household wastewater, often more for industrial wastewater, is added to the water so that the negatively charged colloidal particles clump together into "flocs", which then float to the top of the liquid, settle to the bottom of the liquid, or can be more easily filtered from the liquid, prior to further filtration and disinfection of the water. Like other similar salts, it works by neutralizing the electrical double layer surrounding very fine suspended particles, allowing them to join into flocs.

The same principle is exploited when using alum to increase the viscosity of a ceramic glaze suspension; this makes the glaze more readily adherent and slows its rate of sedimentation.

Aluminum hydroxide from potassium alum serves as a base for the majority of lake pigments.

Alum solution has the property of dissolving steels while not affecting aluminium or base metals. Alum solution can be used to dissolve steel tool bits that have become lodged in machined castings.

In traditional Japanese art, alum and animal glue were dissolved in water, forming a liquid known as dousa , and used as an undercoat for paper sizing.

Alum is an ingredient in some recipes for homemade modeling compounds intended for use by children. These are often called "play clay" or "play dough" for their similarity to "Play-Doh".

Potassium alum was formerly used as a hardener for photographic emulsions (films and papers), usually as part of the fixer. It has now been replaced in that use by other chemicals.

Potassium aluminum sulfate forms a solid, white powder at room temperature. The powder form, made up of crystals can be readily dissolved in water. Additionally, this material has a property known as astringency which is an ability to constrict body tissues, and restrict the flow of blood.

Potassium aluminum sulfate is chemical which conforms to the general formula KAl(SO4)2. Also known as aluminum potassium sulfate, its unique characteristics have made it an important compound to many industries. 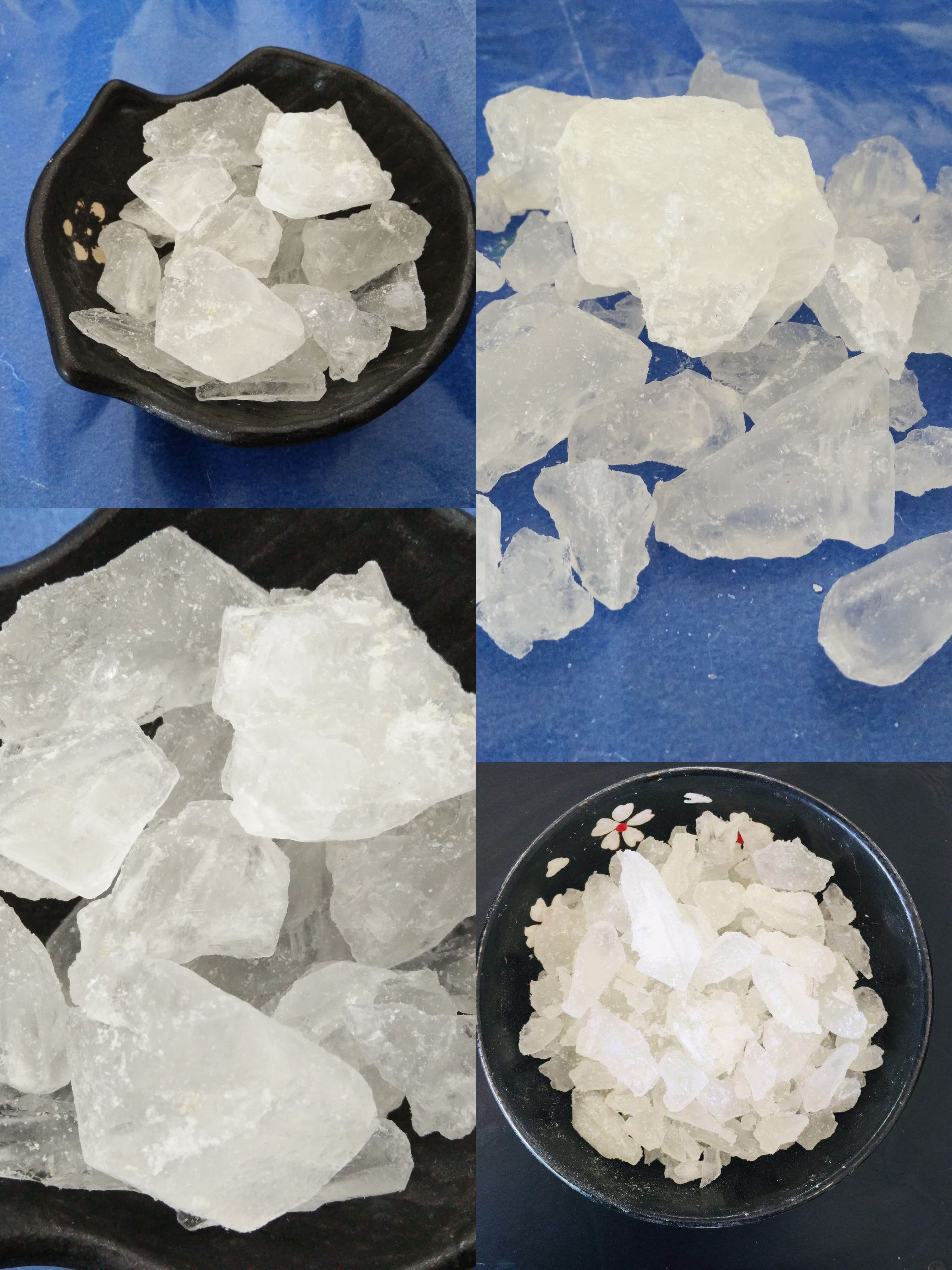 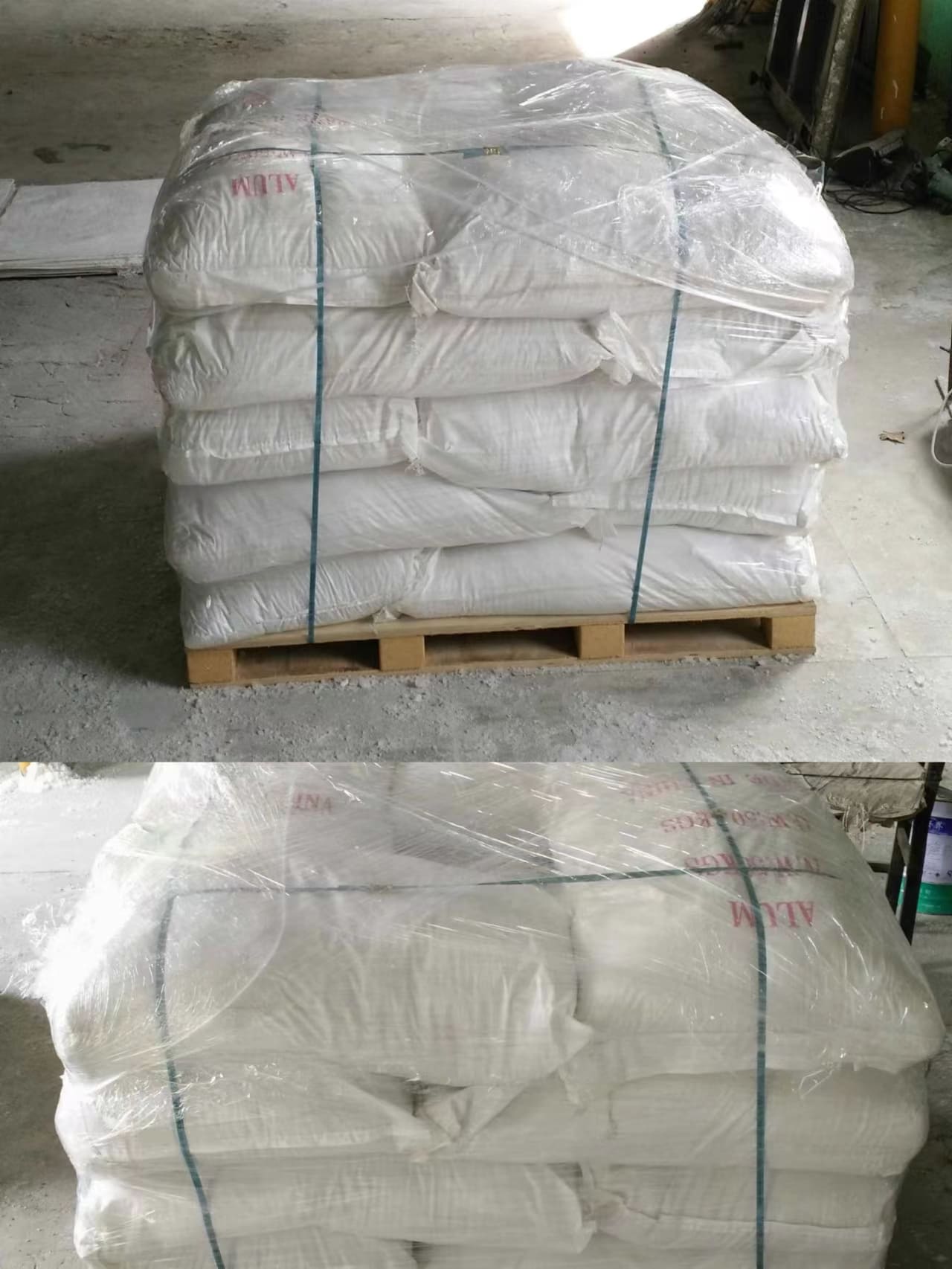